The Messenger – Georgian athletes in support of the Gambling Business Association 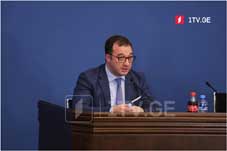 In November, the Georgian government announced new regulations for online gambling businesses, and the regulatory bill was submitted to parliament on December 13.

According to the legislative document, online gambling companies will see their taxes increase by up to 70%, gambling advertising will be completely banned, and the lower age limit for players will be increased to 25. The bill was supported in two hearings and parliament will take a final decision by the end of the year. The legislative package consists of several bills, one of which includes amendments to the Advertising and Broadcasting Act.

The bill, among other factors, has been criticized in this regard. According to the Media Coalition, the impact of the changes envisaged by the project on broadcasters’ revenues is not properly assessed.

It is no surprise that this move is not supported by the gambling companies. When the bill was first introduced, the Gambling Business Association issued a statement claiming that if this law passes, it would have to cancel its funding for the sport.

According to the Association, the approval of the bill will prevent gambling companies from investing more in the sport, which will adversely affect the development of sport in Georgia.

Georgian sports representatives attended the conference in support of the Gambling Business Association. The athletes said the increase in taxes for the company would not allow it to further sponsor the sport in Georgia and thus “would put many types of sports in a difficult position and kill the prospects for development.”

Arm wrestler Levan Saginashvili believes that if these regulations come into effect in the form in which they are now presented and because of this the gambling industry will stop funding the sport, it will be disastrous for the sport:

?? I can say that I will either have to leave the country or give up the sport. The state has a very small number of athletes who have a decent salary and income. I have nothing from the state. I am only dependent on the sponsor ??? Saghinashvili said.

Weightlifter Lasha Talakhadze notes that if the athletes who are now funded by the gaming industry stop receiving funding, it will be unfortunate.

A statement released by the Georgian Gambling Business Association said the expected regulations would put the greatest pressure on companies operating in the gambling industry.

Despite our great concern, this will automatically lead to the need to optimize costs and make it impossible to invest more in the development of Georgian sport. Unfortunately, under the conditions of approval of the announced legislative restrictions, the gambling industry will have to refuse to sponsor the sport, which will adversely affect the development of the sport itself.

In addition, the industry will have to reduce or abandon sports broadcasts. This is why today we have invited the representatives of sport to express our sorrow around these events, to share with you our next steps. No matter how painful it is for us to make such a decision, if the government had given us another path, we would have acted differently.

The head of the Georgian Gambling Association, Giorgi Mamulaishvili, added in turn that the adoption of this law would harm not only a specific area but also the population. People who want to gamble will enter the illegal market and no one should be under any illusion that this will change for the better.

Lausanne, Switzerland, June 25: The Board of Directors of the International Boxing Association (IBA) met on Saturday to discuss a series of important issues concerning governance, finances, sporting integrity and also considered a statement made by the IOC. The IOC announced on Friday that IBA will no longer participate in the Olympic qualification system for […]