UEFA will no longer host the Champions League final in Saint Petersburg after Russia launched a full-scale attack on Ukraine on Thursday, the Associated Press has learned.

An extraordinary meeting of UEFA’s executive committee will be held today to discuss the geopolitical crisis and when officials should confirm the withdrawal of the May 28 showpiece from Russia, a person with knowledge of the process said on Thursday. . The person spoke on condition of anonymity to discuss private discussions.

UEFA publicly reprimanded Russia and said it was dealing with the “situation with the utmost seriousness and urgency” while confirming the encounter.

“UEFA shares the international community’s grave concern over the developing security situation in Europe and strongly condemns the ongoing Russian military invasion of Ukraine,” the governing body said in a statement.

“We remain resolute in our solidarity with the football community in Ukraine and we are ready to reach out to the Ukrainian people.”

The Ukrainian Football Federation issued a statement calling for the Champions League final to be moved and all Russian clubs and national teams to be suspended from international competitions.

As Russia’s threats to Ukraine grew over the week, the British government and supporter groups had already called for the final not to be played in St Petersburg, where the stadium is sponsored by the Russian energy giant, Gazprom.

UEFA management had delayed calling the venue for the Champions League final until Russia began targeting towns and military bases in Ukraine with airstrikes and shelling on Thursday as tanks and troops were crossing the border.

The International Olympic Committee said it “strongly condemns the violation of the Olympic truce by the Russian government”, days after the end of the closing of the Winter Olympics in Beijing.

The truce aims to ensure the safe passage of athletes during the Games and, in the long term, to promote the idea of ​​working for peace in the world. It runs until the end of the Paralympic Games, which are due to open in Beijing on March 4.

The International Paralympic Committee has condemned Russia and said it has held talks with sports officials in Ukraine, which still plans to compete in Beijing and demands safe passage for its athletes.

“This is a truly horrific situation, and we are very concerned about our National Paralympic Committee and Ukrainian para-athletes,” said IPC President Andrew Parsons. “Our top priority at this time is the safety and well-being of the Ukrainian delegation, with whom we are in regular dialogue.”

Russia’s name, flag and anthem are already barred from the March 4-13 Paralympic Games in Beijing due to previous doping disputes. His team is to compete under the name RPC, short for Russian Paralympic Committee.

Russia has violated the Olympic truce three times in 14 years, waging war with Georgia over the disputed territory of South Ossetia during the 2008 Beijing Summer Olympics and launching a military takeover that annexed the Crimean peninsula in Ukraine after the conclusion of the Sochi 2014 Winter Olympics.

Attention turns to Russia which will host other major sporting events in the coming months.

In tennis, the men’s professional tour issued a statement announcing that the ATP Challenger tournament which was to be played in Moscow next week “will not take place as planned”, due to “concerns about the safety of players and international travel uncertainties following the recent escalation of events between Russia and Ukraine.”

In basketball, Barcelona said their team would not fly to Russia for two matches against Russian sides – Zenit St. Petersburg and CSKA Moscow – on Friday and Sunday in the Euroleague. A Basketball World Cup qualifier between Spain and Ukraine was played as scheduled in Spain on Thursday despite some requests from Ukrainian players to suspend the game. The whole crowd and the Spanish team cheered the Ukrainians loudly before the game.

FIFA has yet to comment on Russia’s planned hosting of a World Cup qualifier semi-final against Poland on March 24 for the right to also host the winner of a Republic Czech Republic and Sweden for a place in Qatar. The Polish, Czech and Swedish FAs have written to FIFA saying matches should not be played in Russia, citing “military escalation” and “less security”.

In Ukrainian national sport, the Ukrainian Football Premier League suspended operations on Thursday due to President Volodymyr Zelensky’s decision to impose martial law. The league went on a two-month winter break and was due to resume today.

FILE – Supporters of soccer club FC Schalke 04 wave a giant team shirt with the logo of Russian sponsor Gazprom, at the Veltins-Arena in Gelsenkirchen, Germany, January 20, 2007. The energy giant’s logo Russian state-owned Gazprom is removed from the shirts of German soccer team Schalke following Moscow’s sweeping attack on Ukraine. Schalke said the logo would be replaced with lettering reading “Schalke 04” instead following what it called “recent developments”. A senior Gazprom executive had already quit Schalke’s supervisory board earlier on Thursday, February 24, 2022 after being the target of US sanctions. (AP Photo/Martin Meissner, File) 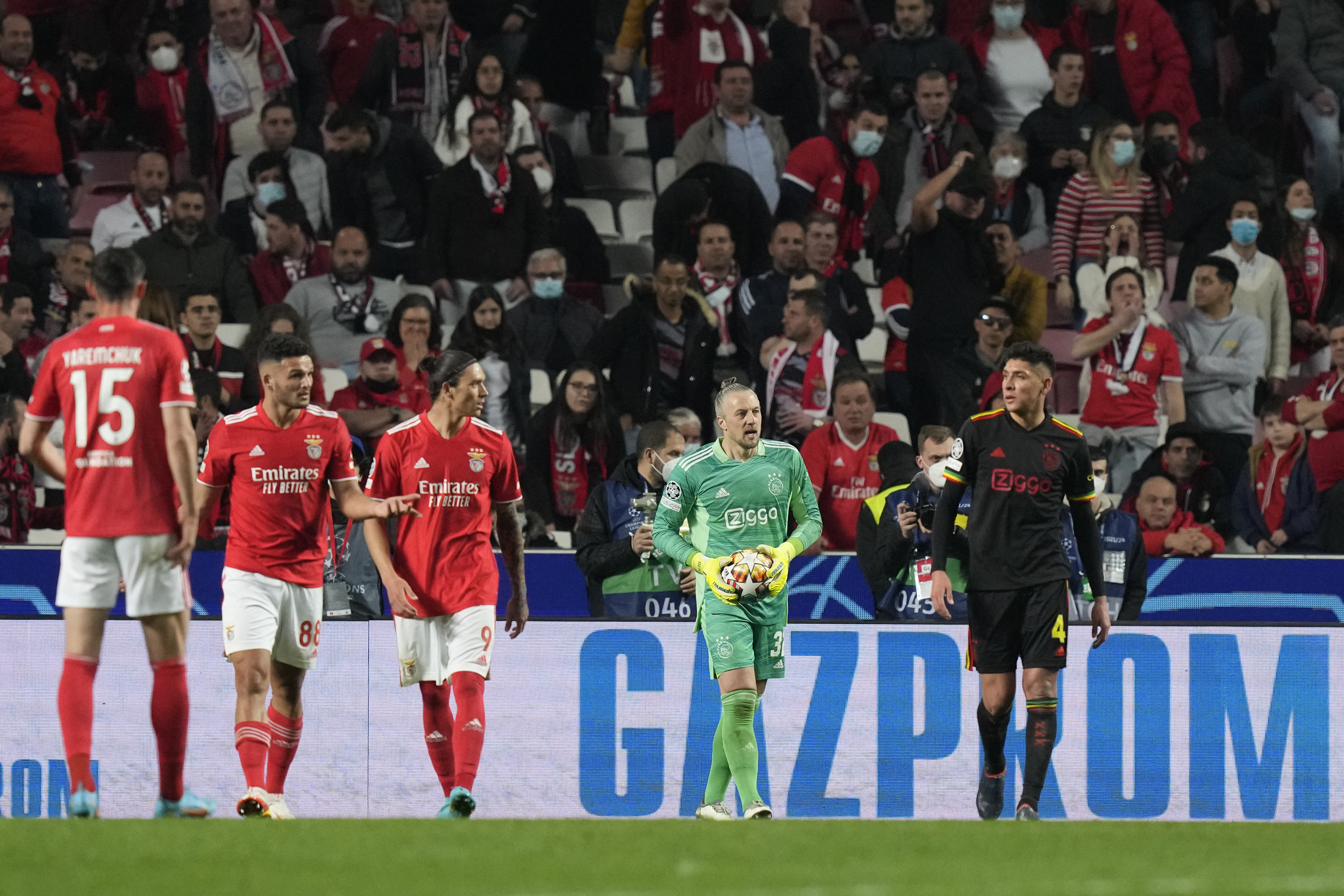 Advertisement of Russian state gas company Gazprom displayed on a billboard as players gesture during the Champions League round of 16 first leg soccer match between Benfica and Ajax at Luz stadium in Lisbon, Wednesday, February 23, 2022. (AP Photo/Armando Franca) 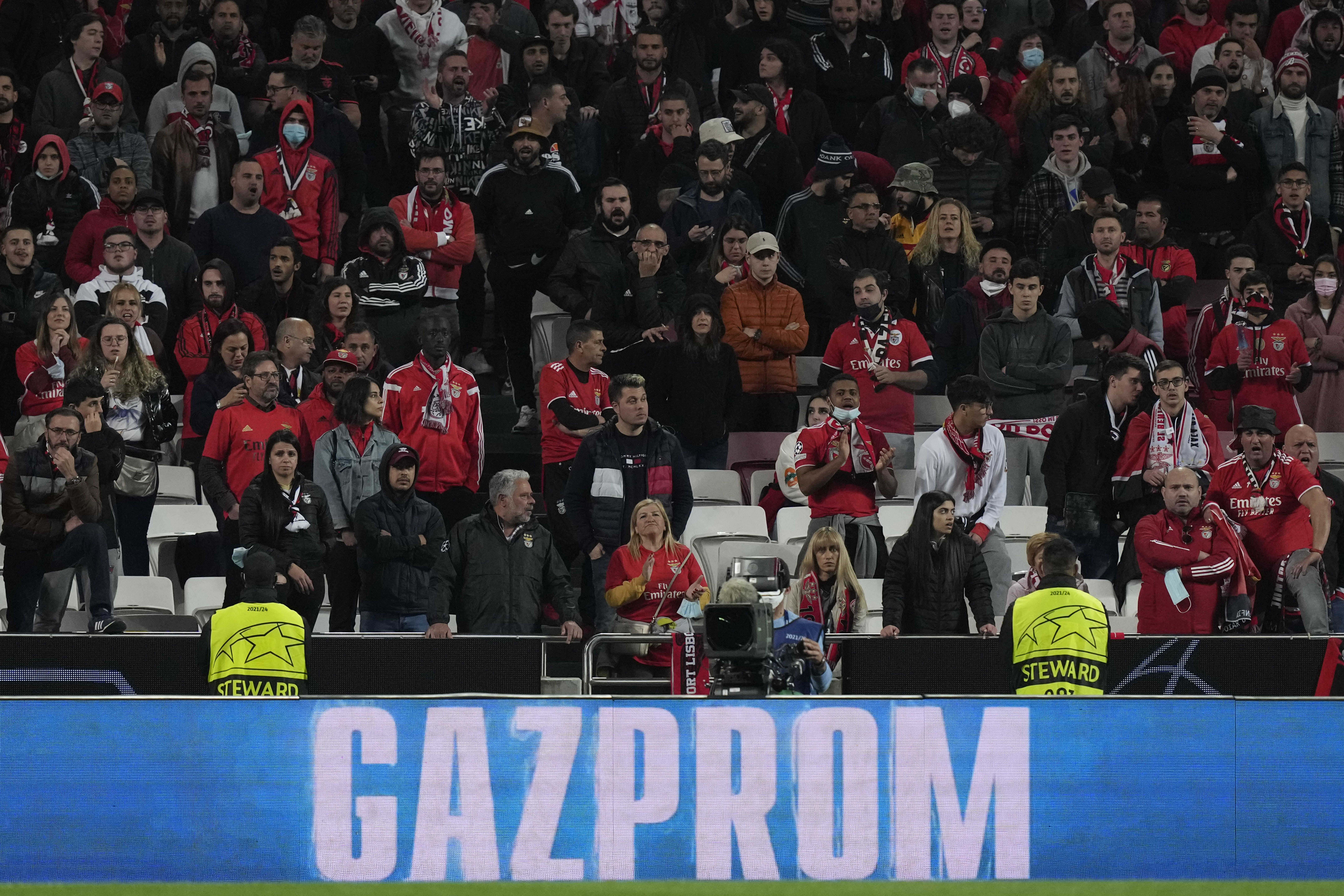 Advertisement of Russian state gas company Gazprom displayed on a billboard as Benfica fans attend the second half of the Champions League Round of 16, first leg, soccer match between Benfica and Ajax at Luz stadium in Lisbon, Wednesday, February 29, 2020. 23, 2022. (AP Photo/Armando Franca)

(FILES) In this file photo taken on April 21, 2020, the Etihad Stadium complex, home to English Premier League football team Manchester City, is pictured in Manchester, in the north of England, so as life in Britain continues during the nationwide lockdown to fight the novel coronavirus pandemic. – Manchester City have become the first […]

Posted on 21.06.2022 at 09:08 by Nana Kamsu Kom The lawyer has just been elected during the General Assembly of the National Bar of Cameroon which has been held since Saturday June 18, 2022 in Yaoundé. The suspense lasted a long time. From Saturday to Monday, all attention was focused on the Yaoundé Multipurpose Sports […]